The rain early in the day stopped just in time for a work party of eight who tackled the removal of rhododendron in Culbokie woods.

Three areas were cut down and as much as possible of the roots removed, with many seedlings at one area also being pulled up.

If allowed to grow unchecked rhododendron will take over native habitats, spreading by seeding and by layering to create a dense, dark canopy that stops anything growing underneath. 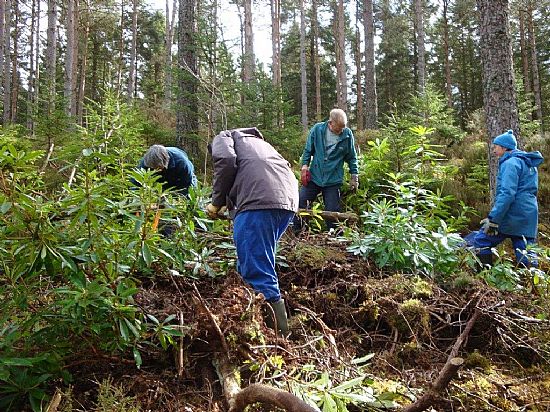 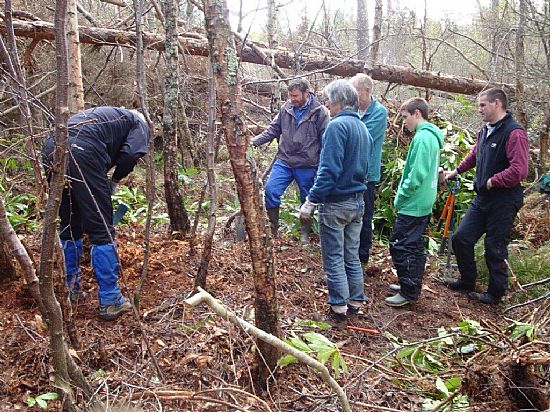