Delivery of bird seed as part of the Ferintosh Environment Group's activities. Added May 2021

We would welcome names to accompany these photographs.

Unfortunately I can not credit the source of this photograph and would welcome the completion of the names. Added May 2021

Back to front and left to right. Updated March 2021

Back to front and left to right. 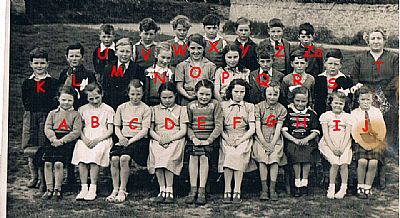 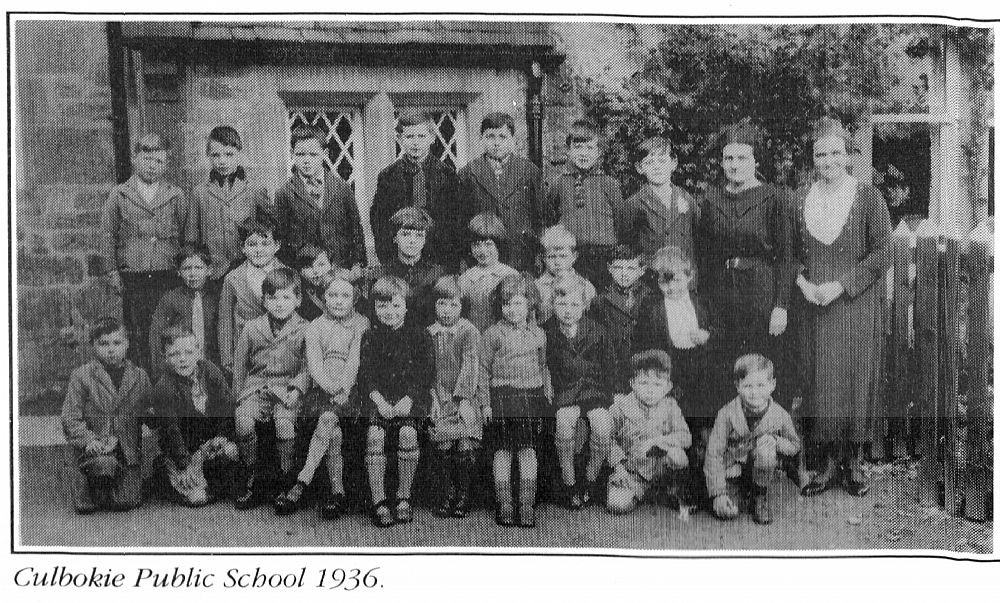 January 2018 Some suggested names - in the back row 4th is Jim Tolmie and 5th is Jimmy Cameron. In the front row 3rd is Derek Gordon, 4th is June Morrison, 5th is Mary Maclaren and 6th Morris Jack. Miss Fowler is on the right.

Please let us have some more names now that we have got you started. 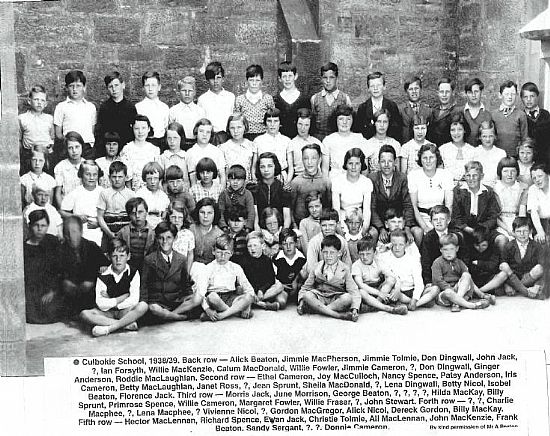 Following on from the success of learning the names of the Tug-of-war team and the Ladies Football team we are asking for any of the missing names in the Culbokie School photograph of 1938-39.

Deidre Swanson nee Morrison has contacted us to say that the photo of her mother, June Morrison - 3rd row, 2nd left, is the first photograph of her mother as a child that she has seen. June also appears in the 1936 photograph (above) and this will be identified shortly. (Jan. 2018) 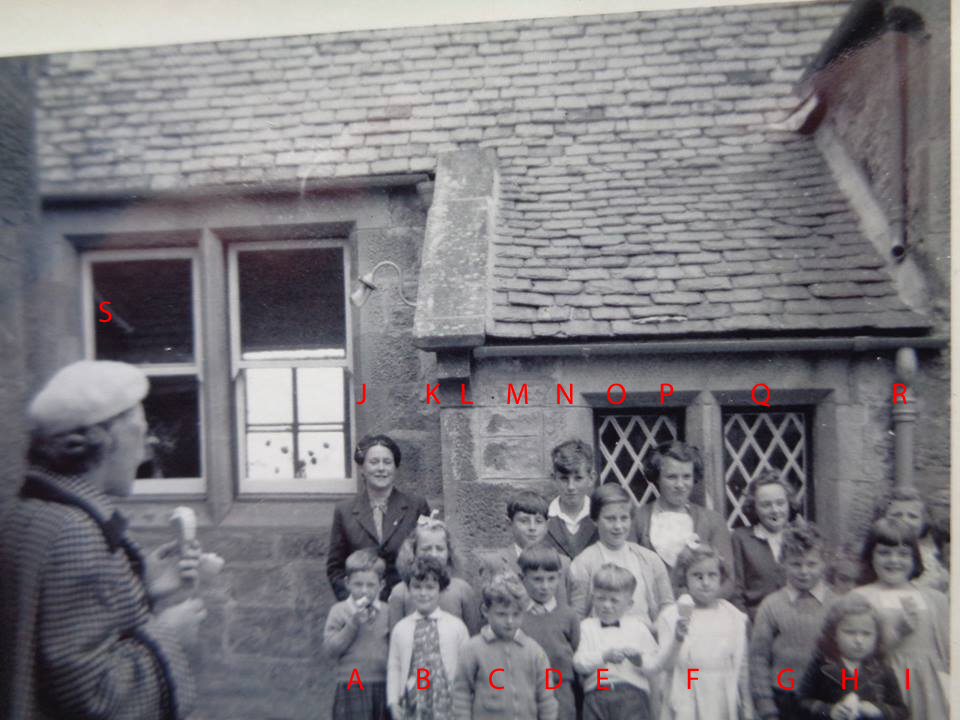 The following information has been provided by Angus Bethune, formerly Glentyan. The photograph came about as a result of an exchange of information through Facebook and was provided by Effie Finlay. Angus considers the date to be summer 1961 (he is off the photo on the right!). A question has been raised as to why Elizabeth (Totsie) Mackenzie isn't in the photograph. It has now been suggested that this could be a Sunday School picnic - hence the icecreams. Also, could the lady on the left (S) be Marjory MacIntyre?

There are some gaps in Angus's identification, such as K, and S. Don't worry about L as he/she is invisible!